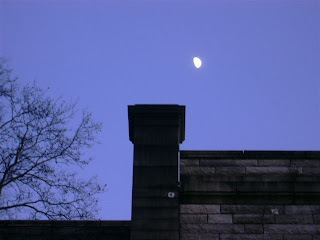 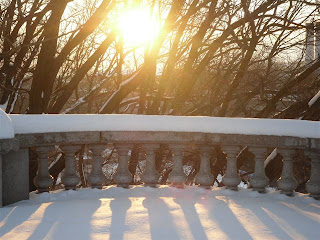 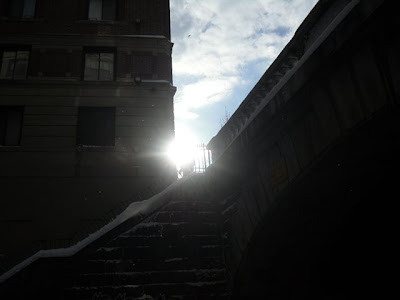 
It's not that surprising that I would have found them exotic at one point.  My first memory of them is from a trip we took to Ireland and the UK when I was seven; the sight and sound of them is tied up with some  exciting places.  Not just the ocean, which would have been good enough, but castles and weird foods and funny accents and all sorts of fairy tale wonderment.

Christmas was a wonderful retreat for me this year, as it usually is.  Bill came along for the whole time, allowing himself to be dropped in the deep end of the Laceyland pool for almost two weeks.  He seemed to handle it okay, claims he even enjoyed himself.  He says I only drove him crazy in 'good ways'.  That works.  I think crazy is a unavoidable part of life with me; one might as well enjoy it.

This holiday also gave me a sense that the Year of Firsts, IE the first year after James' death, was truly over.  It's not that we didn't miss him, a lot, but speaking just for myself, I felt like there weren't as many emotional ambushes this time.  His appearances were rarely surprising; the heartache still hit, but didn't hit unexpectedly.  And yes, there is some comfort in that.  I think I'm starting to know what the new normal looks and feels like.

For the first time in maybe thirty years I made an Advent calendar, using photos instead of drawings for the windows, and consciously included several pictures of James, looking cheerful and festive.  They helped me, I hope they didn't pain anyone else.  We also made Christmas cookies this year.  That had been a ritual for the siblings in the past, but last year Mary and I just didn't have it in us.  This year we felt up to it though, and had a good time.  Bill's involvement was also a nice addition.


This is not to say that James didn't put in any surprise appearances.  If you've been following his story, you know about his habit of  adding to Mary's (hotly denied) cork collection.  It started out simply with him handing her the cork of every bottle of wine they shared ("this is for thy collection"), progressed to hiding corks throughout her home (I found one in the bottle of ibuprofen the day of his memorial) and reached full expression in elaborate cork sculptures (including entire villages of people welcoming her back from a semester abroad) left prominently displayed in her home any time he cat-sat.  Tony got into the act soon after he and Mary started dating; when they still lived separately they hid corks in each other's homes.


It was reasonable to assume that all corks had, by this point, been found.  But not so fast.  For Christmas dinner, which this year was at held at Hazelthorne, I was sitting in my usual seat at the dining table, when I noticed something above window lintel.  See below. 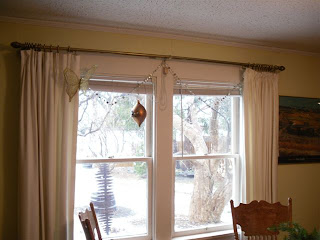 See it?  No, probably not.  From this angle I can't really see it either.  That is part of the genius.    From most angles, sitting or standing, it's usually hidden by a shadow, the curtain rod, or both.  This is even more true if you're 5'10" or taller, as both Mary and Tony are.  Here, let me get a bit closer. 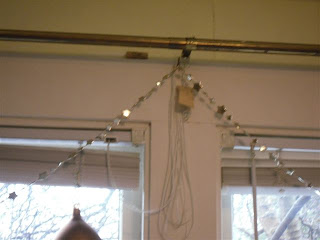 There we go.  See that?  Below the curtain rod, on top the lintel, left of the support bar?  This is the angle from my seat at the table.  When I pointed it out, Mary and Tony looked at each other.
"Did you do that?"
"No, did you?"
"Nope."


We're pretty sure it was James.  And it's just been sitting there, maybe for years, waiting for someone to notice it.  It really is a clever place to put one.  The closer one is to the window, the less likely it is one will see it.  Mary had put up that ornament and string of stars just a few days before, but standing at the window, the cork is virtually invisible.  Anyone sitting on that side of the table is facing the wrong way.  From Mary's seat the curtain rod blocks it completely.  It's pretty much hidden if one is sitting at either end of the table too.  My seat is really the easiest place to see it, and that chair only gets used if there are five or more people at the meal.  During daylight hours, if one isn't just blinded by the light from the window, one is probably watching the birds and squirrels in the back yard, or watching the cat watch them.  At night that part of the wall is usually in shadow.  I'd sat at this seat at least twice before during this visit alone, and never saw the damn cork.


No, I think it was James. Putting in an appearance at Christmas dinner. 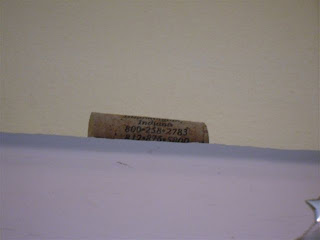 ﻿Okay, yes, maybe a friend of Mary's or Tony's started playing the game, and put it there recently.  The story of James and corks is well-known by this point among our circle.  But even if that proves to be true*, I don't really care.  Whether it was him or not, it still brought James into the holiday meal in a funny, loving, which is to say characteristic, way.  In response, Mary told me a story I'd never heard before, about picking up pennies.  According to one superstition, pennies found at random are gifts sent to us by deceased loved ones.  This is where the phrase 'pennies from heaven' comes from.  I don't know how I'd missed this story previously, since I've been picking up lucky pennies for my own reasons for about sixteen years.  This may not sell me on the idea of heaven, but it may have deepened my relationship with corks.  They periodically made me think of him in the past sixteen months obviously, but from now on I suspect they will always feel like something more, a hug and kiss out of the blue perhaps, from my goof of brother.