Still planning to get back to the travelogue, but if you're just dying to see some of my photos, head over to Queer New York for a visual diary of one of my Riverside Park walks.
Posted by Patrick at 1:35 PM No comments:

Hey Fellow New Yorkers, or anyone who will be in town this coming weekend:  Father Tony, the man who never seems to sleep (I don't know how else to explain his dauntingly high level of activity) is once again organizing a group to march in the Pride Parade.  Bill and I will be there, and we'd love to see you.  See below for the notice Tony sent out. 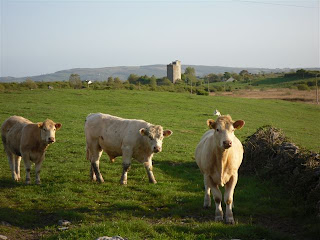 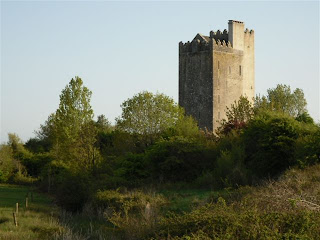 Blogger is being EXTRA annoying today.  Recalcitrant, arbitrary, moody and just plain bitchy.  There, I said it.  You're being bitchy, Blogger.  What is your dang deal, anyway?  Put the photos where I tell you to put them.  It doesn't matter to ME if you want to load them top to bottom or bottom to top, all I ask is that you be consistent.  I don't think that's a lot to ask of a computer program, or online software, or whatever the hell it is you call yourself, Blogger.  It seems to me consistency is the least I should expect.
Read more »
Posted by Patrick at 7:00 PM 7 comments:

The Romance of Travel: Collecting Viruses

I'll be getting back to the travelogue very soon, but first, a brief sketch of my first week back.


With the exception of one very hot day, hot even for here let alone there, Ireland and London were blissfully cool.  It felt like mid-Spring most of the time, mostly because it was.  I only needed my sweater once, but most days I had to wear my over-shirt, and long pants were always in order.  In other words it was my ideal weather, sunny and warm but not too warm during the days, at night cool enough to warrant a blanket or duvet on the bed.  Bliss. 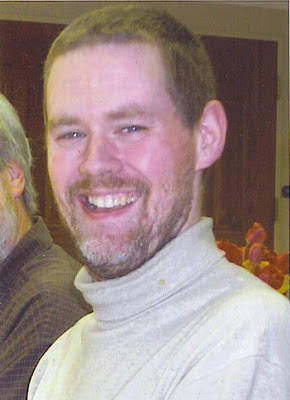 Today would have been James Lacey's 42nd birthday.  Sunday will be the first anniversary of his death.  People who know more about this sort of thing than I do assure me that once the Year of Firsts is over, things  will change.  The grief won't disappear, nor would I want it to, but it will change.  We'll see.  There have been many emotional ambushes lately, probably because of the impending anniversaries, but also, as I mentioned earlier, because of the trip.  Before I left there was also a very weird week where about five plays or TV shows I saw had dead sons/brothers as surprise plot points.  Man did that get old. Finally, after one too many times sniffling and snorking excessively until intermission, I learned to have tissues handy at all times.  So, there's that.

My friend Ellen, who is also grieving the loss of a younger brother, did something a few months back that I really liked.  On her brother Mark's birthday, she asked her friends to have an Entemann's double chocolate donut -his favorite - in his memory.  Our mutual friend Marta happened to be visiting at the time, so I bought a dozen (or was it two?) donuts for she, Bill, and I to share.  DAMN they are some good donuts, but I don't recommend having more than one at a sitting, or even in a single twenty-four hour period.  I think my heart palpitations only stopped a couple of days ago.

So, I want to suggest something like that in memory of James.  There's nothing quite as clear-cut in the way of favorites with him, at least I'd be hard pressed to pick a single food he really loved.  Actually, he'd probably have loved those same donuts, but the one food I can remember him getting really excited about was, well, salad.  The man loved his salad.  He always complained after devouring one in a restaurant that "it was too small."  And I use the word 'devour' advisedly.  Mary always said, seeing James eat a salad wasn't pretty.  It was a bit like watching a lion take down a gazelle. And I'm not talking the quiet aftermath when the lion munches contentedly on the slightly-quivering-but-mostly-still corpse, I'm talking the heart-pounding terrifying scene of the lion literally taking down the gazelle.  Lotta gusto.  He got in the habit of having salads as his afternoon snack.  Mom and Mary nearly strangled him when they learned that.  It's just unnatural, is what it is.  Snacks aren't supposed to be good for you.  He was as much of a foodie as the rest of us, and always enjoyed big feasts, but seemed to be constitutionally unable to over-do in most cases.  He never had more than a single glass of wine, for example.  A second one always gave him a headache.  Maybe the Quaker genes were just a bit stronger in him than they are in the rest of us.  Little weirdo.


So, like, if you want to have a James Lacey commemorative salad, well, that's swell, I guess (ya little weirdo).  But here are a few other suggestions for things you might do over the next three days, if you've a mind, whether you knew him or not.


Snoogle a big dog.  Extra credit if you take it for a long walk.


Call, visit, or invite over for tea anyone you suspect is hiding from the world, due to a divorce, job loss, or any other psychic wound.  Risk being a bit relentless about it, a pain in the ass, even.


The man loved Tweety-bird.  I have no idea what to do with that, but if that inspires you, more power to ya.


Invite friends over for board or role-playing games.  Snacks, if they are provided (and why the hell wouldn't they be?), should be served in bowls.  And don't worry, he always served good snacks (no salads).


Get friends (and snacks) together for a Mystery Science Theater 3000 Marathon.  Star Trek, any of them (well, maybe not Deep Space Nine) works too.


Amendment 6/5/10:  PIE!  I can't believe I forgot about pie!  James loved it, especially blueberry, but he'd pretty much take his pie any way he could get it.  Maybe I had blocked it out, since 'pie' was one of his stock responses to virtually any question, whether food was involved or not. Basically he just felt any situation could be improved by pie, I guess.  It's an argument worth examining, I suppose.  Thanks to friend AJB (see comments) who learned this fact from visiting Mom yesterday, while she was baking a blueberry one in James' memory.  So, that's another fine food you can have in celebration.


Hug and kiss everyone you love, in greeting and parting.  No need to go overboard with this one; I don't think James did it with many people outside the family circle (which of course includes the dog and cat), his bowling or gaming buddies for example.  But don't miss any opportunity to say good bye to anyone.

Days One and Two: Galway

Mary and I took a bus from Shannon airport to Galway, arriving in the station just next to Eyre Square.  The nice lady at the tourist board office in the airport had said she was perfectly willing to book rooms for us if we liked, but it would cost us a commission plus VAT (value added tax), so she recommended that we just look around for rooms once we got there.  It wasn't high season yet, she said, and she was certain we'd have no trouble finding something easily and cheaply.  This was only the first of many times people went out of their way to make sure we didn't over-pay for things.  In Galway  we perused the couple of guide books Mary had brought along.  We chose a hostel that wasn't too far away, and after booking in there, we went looking for food.

Here are just a few shots I took, to get the ball rolling on documenting the trip.  The top two are from Yeats Country, specifically Rosse's Point.  The third is Galway Bay; I believe that row of houses is the Claddagh of ring fame. You may be seeing a lot of that.  I loved the look and the colors, and since it was our first part of the trip, I may have gone a wee bit ape-shit with the photographs.  Later I didn't feel it quite so necessary to take 492 shots of every place (varying for angle and light) that appealed.  (Observant readers may notice that the Rosse's Point photos are both of the same location, however.)  This was aided too by the discovery that the extra memory card I thought I had packed with the camera was in fact just an empty case (no, I don't know what I was thinking, shut up), so my plans to switch cards when the first one became full (somewhere around day ten) had to be amended to erasing redundancies while we went.  That became a useful process though.  Meditative, almost.

It's fairly easy to get shots that look like something the Tourist Board would have put out.  I acknowledge that without shame.  We never saw any rainbows, however.  I think October is really the best time of year for them.  When I was there in the Fall of '86, I saw at least two rainbows a day while travelling in the west.  Seriously.  We just had to make due with sunny days broken occasionally by unimposing cloud cover.  Fortunately we're both survivors, Mary and me.

There will be stories and musings too, don't worry, but today I need to get reacquainted with my New York life in various ways. 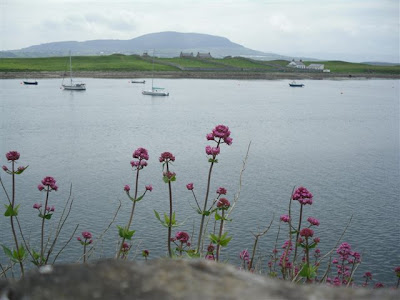 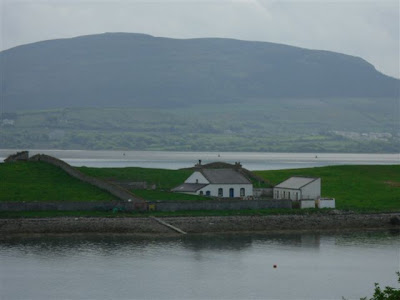 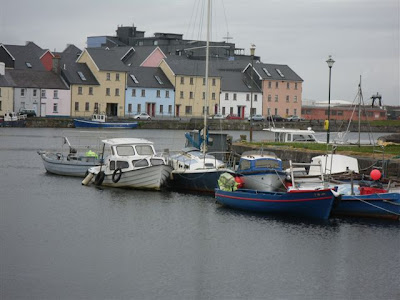