Forging Her Own Path

In 1982, in honor of her parents’ 50th wedding anniversary, Mom wrote an essay titled Emro Farm, named for the property that had been in her mother’s family for over 100 years, and which her parents had spent their working lives taking care of. She typed up the text on her electric typewriter, aligned horizontally and double-sided so it could be run off easily on a copier. Light blue cardstock adorned with a neighbor’s line drawing of the farm comprised the cover. A couple of other line drawings, one of the house, one of the local Quaker Meetinghouse, augmented the text. I have it in my head that she did all the copying herself, standing at the college library Xerox machine with a bagful of quarters; this isn’t entirely out of the realm of the possible; the only thing making it unlikely would be Mom’s unwillingness to monopolize the machine that long. When I look at the pamphlets now, I realize they’re too uniform to have been made by hand. I’m pretty sure the library was involved though; they probably had a machine for making small pamphlets like this. It probably cost a pittance to run off a few dozen copies; it’s even possible Dad would have had a faculty discount. The document was meant to be shared only with family members, maybe some of her parents’ close friends. Mom’s insistence on a shoestring budget just made sense when one considered the deep-seated frugality of both the creator and the intended audience. In 1991, following the deaths of both her parents, Mom revisited the document, adding essays and poems that examined their respective legacies, and their influence on her. 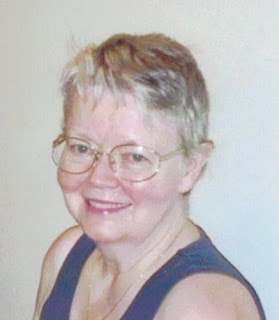 (A version of this text ran in the Palladium Item, the local newspaper, on October 25th)

Margaret Ann Smith Lacey died on October 14th, 2020 at Friends Fellowship Community, from complications associated with dementia. She was born on July 9th, 1936, on a farm outside What Cheer, Iowa. Her family was active in Iowa Yearly Meeting (Conservative) Society of Friends. She graduated from Scattergood Friends School in 1954, and Earlham College in 1958, where she received a Bachelor’s Degree in English. In August of that same year, she married Paul Lacey, beginning a loving, dynamic— and frequently noisy—partnership that would last more than fifty-eight years.

Their first two years of married life were spent in Cambridge, MA, where Paul completed his doctorate in English literature at Harvard, and Margaret worked as a librarian. In 1960, Paul accepted a teaching position at Earlham and they moved to Richmond, Indiana. Excepting stays in London, Cape Cod, Maine and Ireland, Richmond would be their home for the rest of their lives. They raised three children: Mary, Patrick, and James.

Once all the kids were in school, Margaret began writing, eventually publishing short stories, essays, and poems in The Christian Science Monitor, Ellery Queen’s Mystery, The Boston Globe, Iowa Woman, The Mississippi Valley Review and others. In 1992 Stormline Press published her novel Silent Friends: A Quaker Quilt, a collection of stories following three generations of a Quaker family living on an Iowa farm.

Throughout her life, Margie made things: stories, bookcases, quilts, delicious and nourishing meals. She reveled in using her DIY skills, especially if the task required devising a solution with bits and pieces she could find lying around, or using one of her beloved hand tools, salvaged from the family farm. In 1963 she and Paul bought the old house that would be their home for the next fifty-two years, and Margie’s skill set quickly established her as the primary caretaker. Of her many creations, the home she made, with and for her loved ones, was one of her finest. She and Paul filled the house with an eclectic mix of art, music and literature, encouraging their children to explore their own interests and ignore the snobbery of others. Three daily newspapers and the nightly news helped the kids to emulate their parents’ curiosity and political engagement. Margie and Paul also introduced their kids to a variety of cuisines, encouraging them to become adventurous cooks and eaters. Shared meals, around the world and at the home table, were one the central joys of family life. This vibrant home became a haven to their children, extended family, friends, and generations of college students.

Margie and Paul remained active in civil rights, peace and other social justice causes throughout their lives. Though her Quaker roots remained a rich source of inspiration to her, in her later years Margie became a self-described agnostic/Nature-worshipper. Her daily walks with the dog included visits to favorite trees, which she would greet with hugs.

She was, above all else, excellent company: a witty, well-read, thoughtful conversationalist, and an empathetic listener. We will miss her terribly.

Posted by Patrick at 6:44 PM No comments: