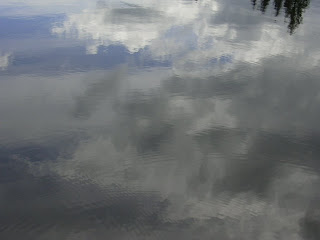 I'm in Indiana right now, here for most of the month of August. This coming Saturday we're celebrating my parents' 50th Wedding anniversary. It's possible Mom may suddenly discover a pressing engagement in, oh, I don't know, Sri Lanka say, that will require her immediate attention, but barring that, it should be a nice event. People are coming in from all over the place. I think this is part of what freaks Mom out; why would people want to come from the West Coast to celebrate an event like this? Because they love you guys, Mom? That just doesn't compute? 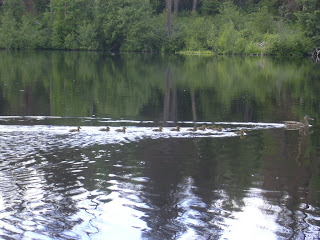 I downloaded these images before I left New York, however. They're from a great hike I took while in British Columbia. I probably spent at least five hours a day walking while I was there. There was lots to explore, and lots to think about. Let's be honest, there were also lots of misgivings to silence, or try to. This was the first new-to-me place I had been since 2003, and the first place I'd been where I didn't know a soul since maybe 1986. Usually now on trips I'm either traveling with someone, or I'm going to visit friends. There was a lot of psychic space in this trip. 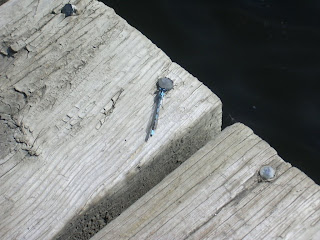 The photos are not in the order I wanted them, and I don't seem able to rearrange them on this college library computer the way I can when I'm writing at home. So the story and the images may not coincide much of the time. I ask your patience. 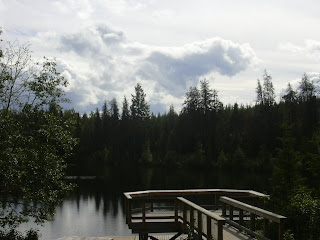 This particular hike is in a national park on the edge of town. I took a city bus up to the local university, which got me within walking distance of the trail. The university itself was pretty beautiful too, though none of my photos showed that enough to be worth sharing. Dee, the lovely, chatty woman at the tourist centre (it's Canada, so it's a centre) told me the architecture had won some international awards, the university itself is only about ten years old (making it the youngest in the Canadian system), and I would be able to find all sorts of hikes out there.

Did I mention that people in town were VERY friendly? 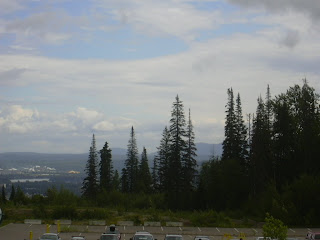 (Few of my wide vista shots ever really gave the sense of space I felt; don't know if that's a failure of my photography skills, or an indication that the space was more emotional than physical. This shot, overlooking one of the university's parking lots, came closest.) 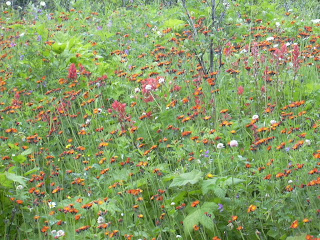 I decided I wanted to find the small lake that often had beavers building in it. Dee told me about this as well. I find water in all its manifestations soothing, and I've never seen beavers in the wild. This sounded great.

I lived for seven years in Seattle, and spent a good amount of time in Vancouver, BC (which is only one of the reasons I love Canada; that predated Nicky by at least fifteen years), so this terrain is familiar and exotic in equal measure. I don't know what those red flowers are in the picture above, but it wouldn't surprise me if they were in the dandelion family. The flora in particular often looks both familiar and not when I'm in the Pacific Northwest. The most distinct change for me this trip was olefactory though; even in town there was the scent of clover and roses everywhere. I'd love to have been there in late May/early June, or whenever the lavender season is that far north, because it seemed like every other yard had a huge bush of it. 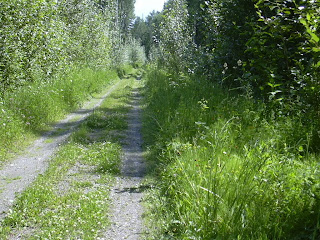 On the trail the scent was mostly clover, cedar, pine, all of them things that boost my mood. This was handy for its own sake, but also helped keep the journey pleasant when the complete lack of trail markers might have inclined me to a certain crankiness. I always knew how to get back to the trail head, I just wasn't getting much help actually finding the lake. As long as I was wandering with no desired destination, there was no problem. It was a beautiful day, cool (I think I'm almost fluent in celsius now; it was 21 degrees, and heavenly), so why not enjoy it?

Okay, I was, but see, I really wanted to see those beavers. Beavers crack me up. And I wanted to sit by the lake for a while. So crankiness did crop up a bit once in a while. Somewhere on the trail pictured above, I suddenly found myself shouting "are you fucking kidding me? What the hell am I doing in the middle of British Columbia?" (As a side note to Steven, believe me, my friend, I very much DO have a temper; I'm as surprised as anyone that it hasn't cropped up.) 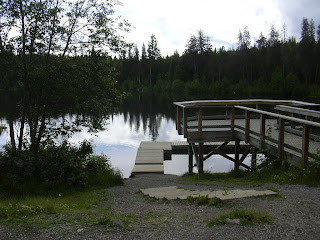 Who was I yelling at, exactly? I'm not sure. Myself? Nicky? Jo? No, probably not Jo, I think I had my fears mostly silenced that day. 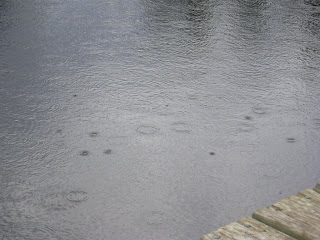 The minute I stopped bellowing though, a flock (gaggle? swarm?) of dragonflies began dancing around me. For whatever reason, they made me feel better. Not more hopeful necessarily, but better. I wondered if they would end up showing where the lake was. That would be a great story, wouldn't it?

Well, that isn't what happened. I ended going back almost to the beginning of the trail, and asking the next person I saw for directions. A helpful guy broke his run to give me very elaborate, detailed instructions (seriously, no one who wasn't already familiar with the way would have found it on his/her own), that proved to be accurate. I got to the lake and sat there for almost three hours, watching amazing electric blue damsel flies, and a mother duck with ten ducklings following in her wake; occasionally the ducklings did this funny scurry-on-top-the-water run that made me laugh. I think was them practicing their take-off moves. At one point a rainstorm moved through to pattern the water and sooth the last bit of my anger, at least for the day. I didn't have any more answers than before, (nor did I get to see any beavers, sadly), but for now things were fine. It was a beautiful day.

Another beautiful post from an afternoon in the wild world. Thank goodness for nature.

The red flowers have always been known to me as "indian paintbrush", but may be related to something called "hawkweed", which is all yellow...they are both awfully dandelion-like. (I used to get Dad's dander up by mowing around patches of paintbrush when I was cutting the grass...heh heh)

Glad you are safely arrived--enjoy!

Do enjoy the family. I am feeling your mother's pain right now. Everything you say about her hits home for me.

Lovely contemplative essay here about walks in BC. Bless you, love.

Read up on the folklore. It's fascinating.

Have a wonderful visit home... And Happy Anniversary to your parents!

I love Indiana -- it was home for me during my most formative years: college.

* * *
Yes, you've told us how friendly all the people in PG were. But I believe that perhaps it was just that you were comparing them to the hordes in NYC. That, and probably you were being reciprocal. Your Indiana Quaker roots coming through?

You're in Indiana?! EMAIL ME.

(If that link above doesn't work, go to my profile.)

What a mix of emotions you had to be going through in this visit. Your shout to the gods is pretty much what I'd have been doing, too. No harm in getting it out once in awhile.

I hope your trip home gives you the respite you need. We all need to go home once in awhile.

I enjoyed your tramp on the trail to the lake. What a neat surprise having dragon flies surround you that way. Perhaps, they were sent to calm you, who knows?!

The lake looked very peaceful and the mountain vista taken from the university was beautiful.

Oh wow language language my lad! I said a 'Grrr' not that sailor mud slinging! Did you not know that you could have received a terrible fine for swearing in a Canadian park? You know, absolutely no 'fowl' language near baby ducks! Well since you did not fall for the other con, I figured you would see through this one as well. Glad you let some steam out.

Wow 50 years, hope you all have a wonderful time!

I love dragonflies also but to be honest, it is for a totally unromantic reason. In the spring where I grew up we were assaulted by mosquitoes, black-flies and deerflies. After a few weeks of this, just when we couldn't take much more, the cavalry would fly in. Hundreds and hundreds of dull black dragonflies to clean up those little blood suckers. They are a dull grey-black but they are beautiful to us.

First Patrick, may I say Thank you! for the award, you have a heart of gold. I am touched, and I feel honoured, so again, thank you very much for thinking of me. xo
I shall post the badge soon...need some time to catch up.
I also want to second your anger, I too had an outburst today, that left my two kids staring at me bewildered, until I explained to them that anger is OK, and that people get very sick if they don't express it. My oldest promptly stomped upstairs to which I hollered after her, "Doesn't that feel better?"
YES!!! she yelled. Then ran down for a hug.

So I think, the stigma of anger is a useless one, we all need to suck it up once in awhile because this world isn't always a big ass bowl of cherries. Sometimes, we are pissed off. Right? xo

Also, today I pleased to announce my upcoming marriage to my longtime partner. Julian proposed in Hawaii. I said YES!
xoxo

Today I am pleased, rather. Not I pleased.
LOL!
Or perhaps I did please, hence the proposal. Oh behave!!!

Have a wonderful time with family. And thanks for this beautiful post.