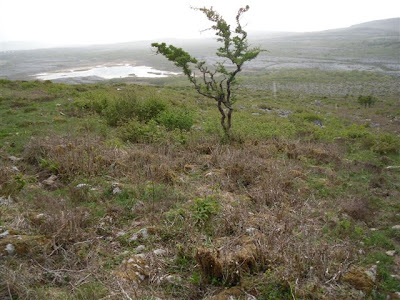 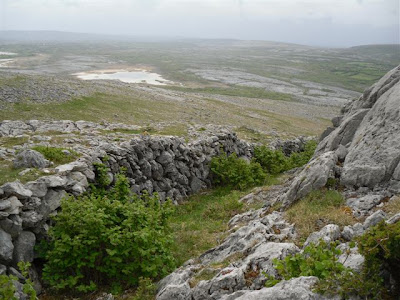 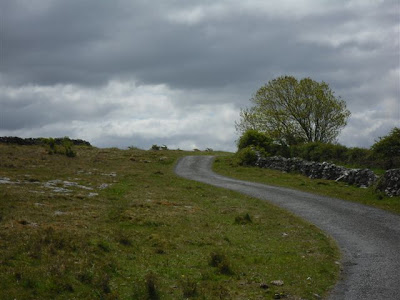 What an overwhelming four months I've had.  I've been some amazingly beautiful places, met some wonderful people, got to do some satisfying work.
And I've walked.  And looked.  Lots of looking.  There's been so much to see.  There have been some wonderful, important conversations as well, often combined with the walking and looking, but I'm having a hard enough time synthesizing stuff as it is, so for now I'm going to stick just with the walking and looking. 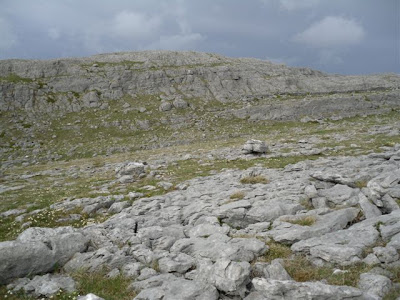 In case it wasn't clear, these images are picking up where I left off in Ireland.  Mary and I spent four days on or near the Burren, in Co. Clare.  Its name comes from the Irish for 'rocky place'.  One might expect a culture as poetic as the Irish to come up with a more lyrical term, but I hope these images show you just how the name really couldn't be anything else.
There's a guy who believes he has strong evidence that J.R.R Tolkien based his image of Morder on this place, and true or not, it's a believable claim.  Big shelves of limestone have been eroding for millennia, resulting in a lunar landscape of natural roads, spirals, and shallow lakes that feels endless.  Mary and I wonder if our mid-western upbringing means we have an easier time than some appreciating the austere beauty of places like this, but fact is lots of people gravitate towards the Burren.  More than one writer mentions a sense of great age and magic about the place.  There just seems to be a special energy.
A later post will show you some of what we saw when looking close up; we were lucky to hit right at the height of wildflower season, which this area is known for.  That eroded limestone soaks up sun, resulting in millions of protected microclimates.  This the only place in the world where one can find alpine, arctic and Mediterranean plants growing side by side.  It meant I got a second season of dog violets, for one thing.
Dividing this time up into long view and short view has everything to do with the fact that I was on foot.  In contrast, the train Mary and I took from Hollyhead to London was one of the Virgin Atlantic highspeed trains; after three weeks spent mostly walking, I found myself annoyed at how fast we were going.  I couldn't SEE.  Mostly what that meant was, I couldn't get any decent photographs, but I also simply felt like there was too much going by for me to take it in.  I was missing out on stuff. 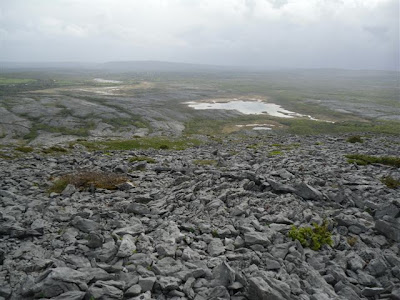 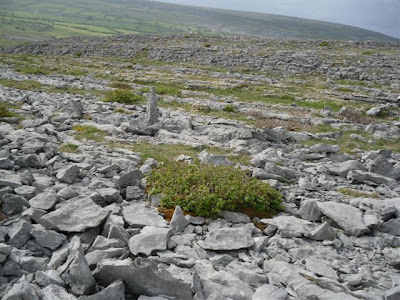 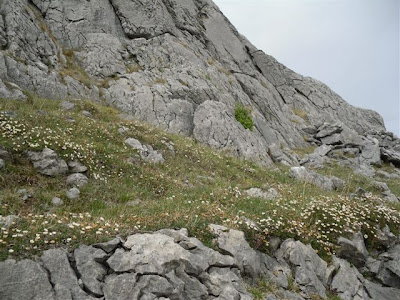 I know there is a chance all this images will look alike.  One of the risks of digital cameras I now realize is, that freedom to take endless shots means one often does just that.  When you're walking, things look different every twenty feet or so, or at least that's how it feels.  The Norman tower I showed you in the last Ireland post was looming intriguingly on the horizon for a least an hour.  We eventually decided to walk to it because it drew our gazes.  One can take a lot of photos of a single image in an hour.  (Its presence behind a herd of cows for much of the walk didn't hurt; Mary and I can't quite explain our penchant for photographing every cow we saw.  Every. Single. Cow.  Like cows are so hard to find in this country.  But photograph them we did.)  Being able to see things far away, then walk to them, it's hard to put my finger on why that is so satisfying.  Mary and I both felt we got a glimpse of a freeing concept, namely, that if one allows enough time, one can walk almost anywhere. 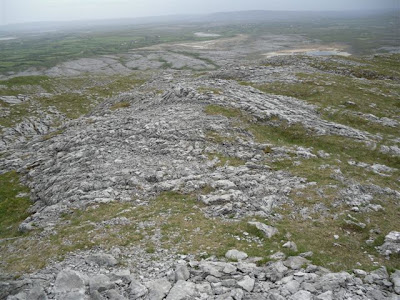 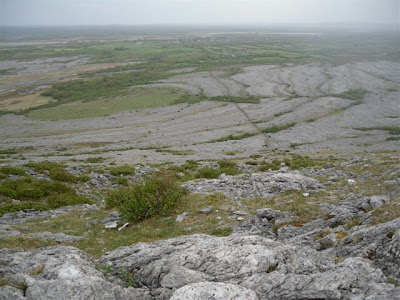 My present frustration is tied up with that idea somehow too.  I'm filled with experiences, and I feel overwhelmed.  I need time, and quiet, to make sense of it all.  I spent the last four months on a high speed train, and now I need to walk back through the memories, slowly, to see what I find.  What I learned.  This blog has been helpful with that process in the past, I hope it will be this time too.  Thanks for stopping by, and helping me out. 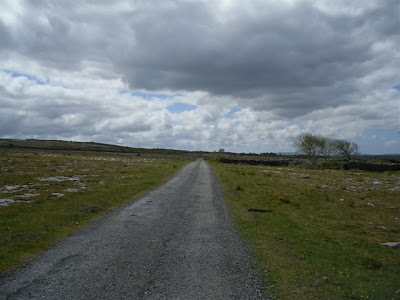 Always happy to help out a friend, especially if it means looking at these beautiful pictures and reading your ramblings. You teach me a lot with the way you think.

There are a LOT of rocks there! I wouldn't have thought that a landscape so full of rocks could be so compelling, but it is.